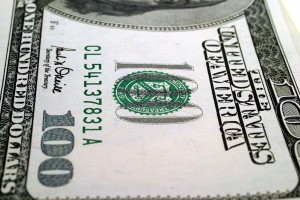 The program began in 2010 as a way to provide federal grant money for evidence-based programs designed to prevent teen pregnancy and sexually transmitted diseases. Under the program, organizations–including Planned Parenthood–were able to apply for federal funds to facilitate these teen pregnancy prevention programs.

While a few of the programs promoted abstinence, evidence-based pregnancy prevention programs often focus on contraceptives, and they have generally proven to be ineffective at best.

After offering the program over nine months to middle and high school students during or after school, [youth who went through the program] were as likely as youth offered a four-hour alternative program, to report causing a pregnancy or becoming pregnant, having sexual intercourse, or having recent sexual intercourse without an effective method of birth control both immediately following the conclusion of the program, as well as in an assessment occurring 12 months later. . . . Immediately after the program, . . . females reported becoming pregnant at a higher rate than females receiving the alternative program.

In other words, not only was Planned Parenthood’s multi-million-dollar program ineffective; in some cases students who went through the program actually had higher pregnancy rates than students who did not.

Many of the TPP evaluations saw positive impacts on measures such as knowledge and attitudes; however, these findings did not translate into positive behavioral changes.

We need to address teen pregnancy in America, but handing out federal tax dollars to groups like Planned Parenthood simply is not the way to do it.

You can read the federal government’s official reports on the Teen Pregnancy Prevention Program’s effectiveness here and here.

Jerry Meets With Delegation From Republic of Georgia

Courts Wait for SCOTUS Before Ruling on State Pro-Life Law