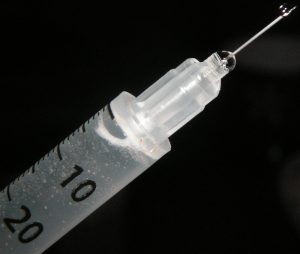 You may have heard about efforts in other states to legalize assisted-suicide–sometimes misnamed “aid in dying” or “death with dignity.”

A few states, such as Oregon, Washington, California, and Colorado, have passed laws letting doctors prescribe deadly drugs to people with serious illnesses.

Supporters claim doing so helps terminally-ill people end their suffering–that assisted-suicide is for those who are enduring excruciating pain at the end of their lives. However, a study published in the New England Journal of Medicine last week is challenging that claim.

Researchers in Canada–where assisted-suicide is legal–found that people inquired about assisted-suicide not because of excruciating pain, but because they are dissatisfied with their lives in the wake of their illness.

Some people have called this study “surprising,” but it really shouldn’t be. A study conducted in Oregon in 1999 concluded, “the decision to request and use a prescription for lethal medications . . . was associated with views on autonomy and control, not with fear of intractable pain or concern about financial loss.”

So why should Christians be concerned about any of this? Well, here are two thoughts:

First, just like abortion, assisted-suicide fails to acknowledge that God is the creator and giver of life. Human life is sacred, and no sickness gives us an excuse to end someone’s life prematurely.

Second, Christians are called time and again to help those who suffer. However, the proper way to eliminate suffering is not to eliminate people who are suffering; that is one of the lies on which assisted-suicide is founded.

If we are going to be salt and light in a dark world, we need to be able to speak the truth on issues like assisted-suicide.

When Does the Right to Suicide Become an Obligation to Die?

How Will This Marijuana PAC Try To Impact Arkansas’ Elections In 2022?