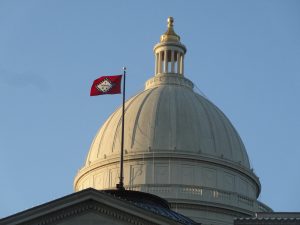 On Tuesday the ACLU and Planned Parenthood filed legal challenges against five pro-life laws recently passed by the Arkansas Legislature.

Family Council President Jerry Cox released a statement, saying, “These lawsuits are almost unbelievable. The ACLU is challenging laws designed to do things like help protect underage girls and ensure doctors know a woman’s medical history before performing an abortion. Planned Parenthood is challenging laws that hold abortion clinics to reasonable health and safety standards. The fact the ACLU and Planned Parenthood would challenge laws like these shows they are severely out of touch with the rest of Arkansas.”

Cox noted that some of these laws passed the Arkansas Legislature with virtually no controversy. “Most of these are commonsense pieces of legislation that protect the health and safety of women. Act 733 requires the doctor to request the medical records of the pregnant woman before performing an abortion on her. I think most Arkansans would be shocked to think a doctor might perform an abortion without knowing the woman’s medical history, but the ACLU is challenging this provision in the law.

“Act 1018 made a small change to a law passed two years ago. It simply requires doctors to file a report with the State Crime Lab after performing an abortion on a girl under seventeen. It’s designed to catch perpetrators of human trafficking and incest. Act 603 requires aborted fetal remains to be buried or cremated like miscarried fetal remains. It’s tragic the ACLU and others would have so little regard for the health and safety of women as to challenge these good laws.”

Cox said Planned Parenthood is challenging a law regarding licensure and inspection of abortion clinics. “This law simply ensures abortion clinics are properly licensed, inspected, and regulated. Courts have ruled repeatedly that abortion clinics can be regulated under public health and safety laws. That’s what this legislation does.”

Cox said he expects a pro-life victory from these lawsuits. “I believe these laws can withstand a legal challenge. However, anytime someone challenges a pro-life law, there’s always a pro-life victory in the ruling. When the Eighth Circuit Court of Appeals struck part of Arkansas’ fetal heartbeat law a few years ago, some of the findings in the ruling actually made it easier for us to pass more pro-life legislation in 2015. I believe these lawsuits will simply pave the way for even better pro-life laws in the future—no matter how the courts rule.”