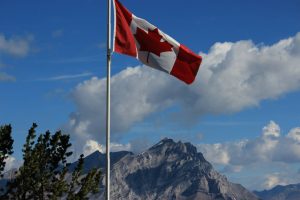 Recently, our friends at the Colson Center for Christian Worldview have published commentaries on assisted suicide and euthanasia in Canada.

Last year Canada legalized so-called “medical assistance in dying.” However, many Canadian doctors have been reluctant to help patients end their lives.

Last August, John Stonestreet highlighted a proposal to pay Canadian doctors a premium to prescribe deadly drugs. The goal seems to be to offer a financial incentive to doctors who assist with patients’ suicides.

Yesterday, Eric Metaxas cited efforts to make assisted suicide and euthanasia more accessible for the mentally ill. As Metaxas points out, these newest arguments in favor of expanding assisted suicide in Canada center less around compassion for those who suffer and more around improving society. He writes,

In Canada’s case, [assisted suicide is] being championed by people who claim to be working for a better future. Whatever the setting, compassion is the last thing we should call it.

Christians are often criticized for using the “slippery slope” argument when it comes to assisted suicide — the argument that what starts out as assisted suicide for a few terminally-ill people ends with euthanasia.

In this case, Canada doesn’t simply seem to be on a slippery slope; they’re plummeting down it.