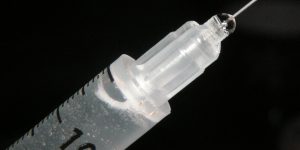 However, support rises or falls depending on how the question is worded.

For example, 72% of those polled support letting a doctor “end the patient’s life by some painless means if the patient and his or her family request it.” However, only 65% say a doctor should be able to “assist the patient to commit suicide if the patient requests it.”

In other words, the answer hinges at least in part on whether or not the question includes the word “suicide.”

Moreover, the poll indicates that many people who believe physician-assisted ought to be legal still question whether assisted suicide is right or wrong.

Despite the fact 65% believe doctors ought to be able to assist in a patient’s suicide, only 54% of those polled said assisted-suicide is morally acceptable. Gallup writes, “These findings are in line with a general tendency for Americans often to be hesitant to ban behaviors even if they think they are morally wrong.”

Here are two important points to take away from all of this:

First, when it comes to suicide and euthanasia, what we call it and how we talk about it really do matter.

Groups that support suicide and euthanasia like to use terms like “medical aid in dying” to describe what they’re promoting. In reality, physician-assisted suicide isn’t about medical aid. Many doctors and hospitals now specialize in pain management, and patients are well-informed about their medical options during a terminal illness. Surveys conducted in Oregon and Canada as well as information published in California shows most people who inquire about assisted suicide are actually much more concerned about losing their autonomy. Instead of being referred to a mental health specialist or offered other assistance, most of these patients simply receive a lethal prescription for drugs they can use to commit suicide.

Americans need to know what’s driving the demand for physician-assisted suicide and what really happens when a person seeks assisted suicide in states like Colorado or Oregon.

Second, Christians need to be able to explain thoughtfully and clearly what is wrong with assisted suicide.

Just like abortion, suicide fails to acknowledge that God is the creator and giver of life. Human life is sacred, and no sickness gives us an excuse to end someone’s life prematurely. Christians are called time and again to help those who suffer. Simply put, we do not eliminate suffering by eliminating people who are suffering.