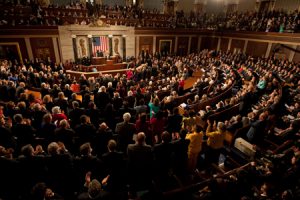 Last week Congress rolled out H.R. 1, the “Tax Cuts and Jobs Act.” Congress needs to cut taxes and rework its budget, but the proposal contains a troubling provision: It ends the federal Adoption Tax Credit.

Under current law, a taxpayer may claim $13,570 in adoption tax credits per eligible child. This is a small step the federal government takes to encourage adoption.

Considering the government estimates average adoption expenses can run anywhere from $20,000 – $50,000, the credit helps make adoption a reality for many children and families. Unfortunately, the new budget proposal would end this good tax credit.

One way the government can oppose abortion is by promoting adoption. As President Reagan told Congress in 1985,

The question of abortion grips our nation. Abortion is either the taking of a human life or it isn’t. And if it is — and medical technology is increasingly showing it is — it must be stopped. It is a terrible irony that while some turn to abortion, so many others who cannot become parents cry out for children to adopt. We have room for these children. We can fill the cradles of those who want a child to love.

Adoption gives women alternatives to abortion. That’s why in 1995 we worked closely with Sen. Fay Boozman to pass a law in Arkansas giving families tax breaks for adoption expenses.

Congress should keep the federal Adoption Tax Credit in place. It’s a simple policy; the federal government misses out on very little tax revenue because of it; but it goes a long way to help end abortion in America.