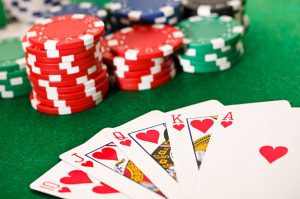 The company apparently owns several gambling-style machines across the state, and has tried to justify the machines by paying taxes on their revenue.

In his ruling against the machines, the judge wrote,

This is a good ruling. We have written repeatedly about the proliferation of illegal gambling machines in Arkansas. With the exception of the state lottery and the casinos and racetracks in Hot Springs and West Memphis, Arkansas law generally prohibits gambling.

Some of Arkansas’ anti-gambling laws are vague. Others have been on the books for nearly a century — long before the Internet and electronic gaming. As a result, we are hearing  reports of illegal gambling houses opening in some parts of the state.

Earlier this year authorities in Saline County arrested several people in connection with four gambling houses. In August authorities in Jefferson County raided two gambling houses and indicated they might raid others in the future. We have heard rumors of similar establishments in east Arkansas.

These gambling houses often use machines that look more like video games than traditional slot machines or card games. Some attorneys consider them legally “gray” — the machines probably are illegal, but the case against them isn’t always black and white.

From what we are hearing, these gambling houses sometimes locate in former liquor stores or old gas stations. They may look like legitimate businesses, but — as this judge’s ruling in St. Francis County indicates — their activities could be illegal.

We plan to work with lawmakers and prosecutors to clarify state laws and ensure our existing anti-gambling laws are enforced.

If you suspect a gambling house is operating in your community, please notify your local authorities. Then call us at (501) 375-7000.