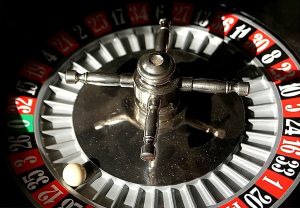 Under the amendment, one casino license would go to Oaklawn in Garland County; another would go to Southland in Crittenden County; and two more casinos would be built in Pope and Jefferson counties.

The proposal is similar to one the A.G. rejected a few weeks ago. The amendment reportedly is backed by the Quapaw Tribe in Oklahoma.

In related news, last week Talk Business and Politics reported a ballot question committee has formed to push for casino gambling in Pulaski, Miller, Boone, and Benton counties. The group is called Arkansas Wins In 2018, Inc, and it appears to be an effort to let out-of-state businessmen build casinos in Texarkana, Harrison, Little Rock, and Northwest Arkansas.

As the Associated Press reported last week, all of this is setting up the possibility for competing casino amendments appearing on the ballot this November. Fortunately, Arkansas’ Attorney General is successfully stopping these groups from foisting their gambling proposals on voters.

You can read the A.G.’s entire opinion on the casino amendment here.