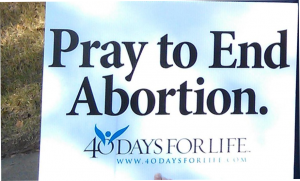 This week Dr. George Delgado along with six other researchers published a study in the journal Issues in Law and Medicine verifying what many pro-lifers have been saying for years: Chemical abortions can be safely reversed and unborn babies’ lives can be saved.

Doctors performing chemical abortions give the pregnant woman drugs like RU-486 that kill the unborn child. The drugs are administered in two doses. However, some women have second thoughts about abortion after taking the initial abortion drug.

In 2015 Arkansas passed an informed-consent law requiring abortion clinics to tell women that chemical abortion can be reversed, but that time is of the essence.

At the time, many abortion advocates dismissed the idea of chemical abortion reversal as junk science. This latest research, however, indicates it is a safe, effective way to save lives.