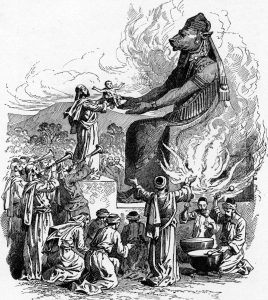 This week the Satanic Temple announced it will bring a 7½-foot statue of baphomet — a part-man, part-goat figure — to Little Rock as part of a protest at the Capitol Building in August.

The group had previously threatened to place the statue on the Arkansas State Capitol grounds after the legislature moved forward with plans to install a monument of the Ten Commandments on the capitol lawn. However, nothing ever came of the threat, because monuments cannot be built without legislative approval.

Nevertheless, two atheist groups are suing to have the monument removed from the capitol lawn.

The Ten Commandments are one of the earliest examples of the rule of law in human history, and they have had a tremendous impact on western civilization. The Magna Carta, the Declaration of Independence, the Constitution, and the Bill of Rights are amazing documents, but the Ten Commandments are the great-great-granddaddy of them all.