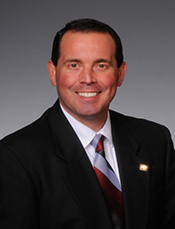 Rep. Andy Mayberry (R-Hensley) has filed the first pro-life bill of the session.

H.B. 1037, also known as the Pain-Capable Unborn Child Protection Act, prohibits abortion once an unborn child is capable of feeling pain—roughly twenty weeks into a pregnancy—except to save the life of the mother or prevent “substantial and irreversible physical impairment of a major bodily function.”

The bill has more than fifty sponsors in the House of Representatives, meaning if it makes it out of the House Public Health Committee, it is bound to pass the entire House.

People who have watched abortion procedures on ultrasound monitors have attested to just how excruciating the pain of an abortion is for an unborn child. Many have dubbed it the “silent scream.” By twenty weeks, an unborn baby has developed all the nerve receptors necessary to feel that sort of pain. Representative Mayberry’s bill will ensure children are not subjected to the terrible pain of an abortion.

We look forward to working with Rep. Mayberry and our friends at Arkansas Right to Life to help this bill pass.

The following legislators are on the House Public Health Committee, and need to hear from their constituents in support of this bill: