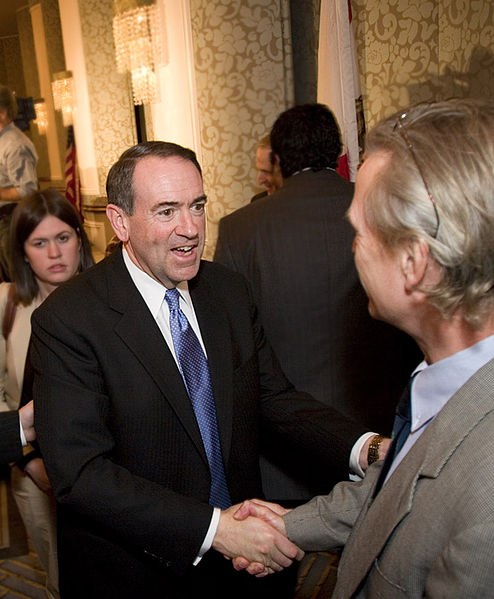 On June 10, former Arkansas Governor Mike Huckabee addressed a pastor’s conference in Houston, Texas, prior to the annual meeting of the Southern Baptist Convention.  Here is what he had to say about calls from some Republicans for the party to weaken its stance on abortion, marriage and other moral issues.

“I’m not here to be political, but I want to be prophetic and clear in saying this,” Huckabee said. “Of late, the Republican Party has tried to tell those of us who are evangelicals that maybe we need to dial it back a little bit when it comes to issues like the sanctity of life and the holiness of marriage and maybe just ease off.

“Well, I’ve got a news flash for the GOP,” he said. “I plan to take my last ride in life on a white horse, not on an elephant and not on a donkey, and I will stick with the word of God and if the party, any party, goes a different way, I stick with Jesus. I believe he is forever.”

I’m glad that not everyone in politics is ashamed Jesus Christ.