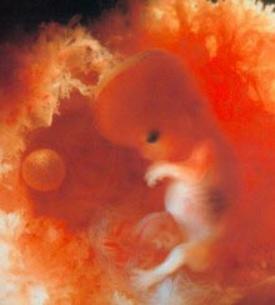 Abortion proponents tout that a woman should have the “right to choose” what happens in her body and should have access to safe abortions.  However, time and time again cases come to light where a woman may have had access to an abortion, but it was unsafe or she was coerced into abortion by lack of knowledge, by various other parties, or in some cases the abortionists themselves.  Itai Gravely is just one of these women.

Gravely arrived at Women’s Health Center of West Virginia on April 19, 2012, to abort her 11-week unborn child.  After Gravely underwent an ultrasound and examination, the “procedure” began.  Immediately, before any action had taken place, she began to complain of severe pain and told the doctor and his staff to stop at once.  Rather than listen to Gravely’s demands to stop the surgical abortion procedure, the doctor ordered his staff to restrain Gravely so he could complete the abortion.

Once the procedure was complete, Gravely was taken to a recovery room where she continued to complain of intense pain in her lower abdomen, but the employees of the Women’s Health Center continued to disregard her complaints and tell her “everything was fine” when, in fact, it was not.

The employees then gave Gravely some crackers and water while continuing to ignore her complaints of pain.  The doctor who had preformed the procedure went on to examine the “tissue” removed from her uterus.  He did not try to reassemble the unborn child; did not send the unborn baby to a pathologist for evaluation; nor did he follow medically-appropriate methods to determine if the child had been properly removed, and, thus, wrongfully concluded that every piece of the aborted baby was there.  Then, still in severe pain, Gravely was instructed to exit through the backdoor of the clinic.

Over the next 24 hours her pain increased, soon accompanied by nausea and chills.  After a call to the clinic, which refused to help her, she went to the hospital.  Once there it was discovered that a large amount of the unborn child had been left in Gravely’s uterus.   This doctor was careless in his “examination” of the baby’s remains.

In this case 26-year-old Itai Gravely was not provided the opportunity to change her mind.  She was not provided with a safe medical procedure. Instead, Itai’s protests and complaints were not listened to.  Her choices were ignored.  Her pain was ignored.  Her humanity was ignored.  This abortionist, like so many others, was not concerned about women’s health, safety or proper medical procedures, but rather was only concerned about his bottom line.  He was diligent in collecting his fee, but careless in his procedure.

The abortion industry, which never fails to tout it’s commitment to “women’s health,” in reality has little regard for women’s health or safety.  Itai is just one more example of this habitual lack of care for women.

Alliance Defending Freedom is currently assisting Itai Gravely with a lawsuit against the abortionist she alleges forced her to have an abortion and then botched the abortion procedure.

What Would Women Do If There Were No Planned Parenthood?