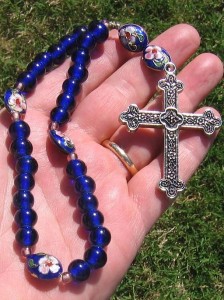 A public school in Minnesota has taken flak for letting schoolchildren participate in a service project at a local church.

Students in Minnesota took prepackaged meals to Calvary Lutheran Church; the meals were prepared to be sent to starving families in Haiti. The American Humanist Association sent a complaint to the school district, alleging participation in the charitable work of the church violated the Establishment Clause of the U.S. Constitution, despite the fact students did not participate in religious activities as part of the field trip.

AHA writes toward the end of its complaint,

“Very importantly, we fully understand that at least one purpose of this fieldtrip was to have the children participate in charity work intended to assist poverty-stricken people. Such good intentions, however, can be pursued in innumerable other ways that do not involve immersing the unsuspecting children into a theologically-charged environment. We are not opposed to educating children about poverty around the world, nor do we object to their participating in a nonreligious program to provide assistance. Here, however, both the church and the Christian charity involved have an interest in propagating a specific religious message that is contrary to the views of many of the students and their families.”

This statement is significant, because it treats religion like a danger from which “unsuspecting children” must be protected.

This is a growing trend we have seen among atheist groups. Last year, a public school came under fire for holding its graduation ceremony in a church auditorium. The graduation ceremony was not religious, and the church did little more than let the school use its facilities, but the courts ruled the school could not use the auditorium because students might be be exposed passively to religious messages.

Alliance Defending Freedom called that ruling “deeply troubling because it supports the atheists’ view that religion is a dangerous force that must be isolated and contained—a view which has no basis in the Constitution.”

These schools are not promoting a church or religion, and there is nothing in the Constitution that says schools cannot participate in humanitarian activities with people who are religious. To say the Constitution permits schoolchildren to hand out food to starving families alongside atheists but not Lutherans just doesn’t make sense.

Read more about this situation here.

Judge Accuses Ministry of ‘Wrongdoing’ In Adhering to Its Faith