This week Planned Parenthood CEO Cecile Richards testified before members of Congress about her organization’s practices. Her testimony comes in the wake of a series of undercover videos allegedly exposing Planned Parenthood officials discussing the sale of organs harvested from aborted babies.

Live Action has pointed out that some of Richards’ testimony appears to contradict public statements she and others have made in the past regarding Planned Parenthood. You can watch video footage of the statements below or click here to see it on Facebook.

You may recall a couple of years ago when Planned Parenthood officials contradicted their own scientists regarding the morning-after pill; Planned Parenthood has stated over and over again that emergency contraception cannot function as an abortifacient while their top scientist on the subject pointed out that in certain circumstances it actually can.

END_OF_DOCUMENT_TOKEN_TO_BE_REPLACED

Family Council President Jerry Cox released a statement, saying, “This sounds like damage-control, to me. Planned Parenthood’s CEO is set to testify before members of Congress today about her organization’s alleged involvement in selling organs harvested from aborted babies. It sounds like Planned Parenthood wants to draw attention away from her testimony and the controversy surrounding the organization.”

A series of undercover videos released this year shows Planned Parenthood officials talking about compensation clinics receive in exchange for fetal organs and tissue they provide to researchers. “These are Planned Parenthood’s own doctors and officials discussing how researchers pay their clinics for hearts, livers, brains, leg muscles, and other body parts taken from aborted babies,” Cox said. “What Planned Parenthood is doing is barbaric. It may even be illegal. No rally or event can change that.”

END_OF_DOCUMENT_TOKEN_TO_BE_REPLACED 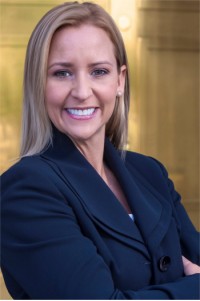 You may recall the Human Heartbeat Protection Act by Sen. Jason Rapert prohibits most abortions after the twelfth week of pregnancy if a fetal heartbeat is detected. The law also contains provisions for informed-consent prior to an abortion.

“As Attorney General, I have a duty to fully defend the State’s law, which prohibits abortions after 12 weeks of gestation when a heartbeat is detected. But beyond my duty, I firmly believe that the State has a profound interest in protecting the lives of the unborn, which is exactly what this law does.”

Earlier this year a three-judge panel from the Eighth Circuit Court of Appeals affirmed a lower court ruling that struck part of the Heartbeat Protection Act as unconstitutional. The court left portions of the law dealing with informed-consent for abortion in place.

Attorney General Rutledge’s office is expected to file their petition with the U.S. Supreme Court sometime in the coming weeks.