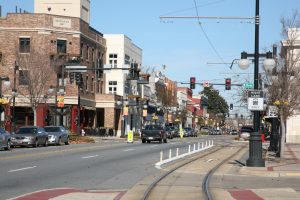 Caring Hearts Pregnancy Center announced Monday that it has partnered with the North Little Rock Fire Department for its 2017 Diaper Drive.

The Diaper Drive began on Mother’s Day (May 14) and will continue through Father’s Day (June 18), 2017. Donations of all diaper sizes will be accepted at all North Little Rock Fire Stations. The center is in most need of diaper sizes three, four, five and six.

These are the 11 North Little Rock Fire stations accepting donations:

Pregnancy resource centers provide support for young women with unplanned pregnancies. They offer vital resources and empower women to choose an alternative to abortion. They offer pregnancy tests, ultrasounds, adoption information, and many other valuable services.

Photo Credit: By Cliff [CC BY 2.0], via Wikimedia Commons