Who knew Arkansas has a couple who has been married more than 80 years? Watch the video below to find out more.

END_OF_DOCUMENT_TOKEN_TO_BE_REPLACED 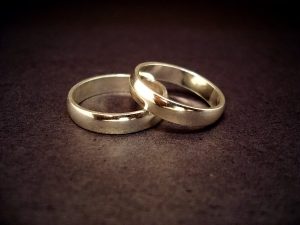 We have written in the past about studies and reports on assisted suicide in Canada and California. In most cases, people who opt to take their own lives are educated, affluent individuals accustomed to making their own decisions. But another trend is emerging: In some states, most of the people who seek physician-assisted suicide are not married.

According to reports out of Colorado, of the 56 people prescribed suicide drugs last year, 31 — about 55% — were not married.

The Oregon Health Authority reports that about 53% of the people who have taken their own lives since the state legalized physician-assisted suicide in 1998 were not married.

And Washington State reports that in 2016, 57% of those who sought assisted suicide also were not married at the time of death.

This raises a serious question: What roles do marriage or loneliness play in decisions about physician-assisted suicide?

A 2004 study published in the British Medical Journal found,

In general, widowed, single, and divorced elderly people have a higher risk of suicide, with marriage seeming to be protective. Bereavement is also associated with attempted and completed suicide in elderly people—men seem especially vulnerable after the loss of a spouse, with a relative risk three times that of married men.

So what does this mean for physician-assisted suicide?

In practice, however, pain and suffering don’t seem to be the reasons people opt for assisted suicide.

A study conducted in Oregon in 1999 concluded, “the decision to request and use a prescription for lethal medications . . . was associated with views on autonomy and control, not with fear of intractable pain or concern about financial loss.” I would add that based on other reports and studies, loneliness also seems to be a factor.

Right now bills legalizing assisted suicide are before lawmakers in Connecticut and Hawaii. If more states legalize physician-assisted suicide, that debate could eventually come to Arkansas as well.

As we have said time and time again, being pro-life is about much more than opposing abortion. We do not eliminate suffering by eliminating people who are suffering. We must respect the sanctity of human life at the end of life as well as at the beginning.

END_OF_DOCUMENT_TOKEN_TO_BE_REPLACED 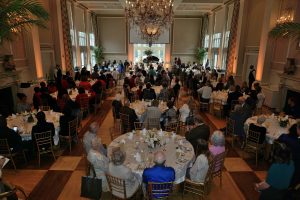 Our thanks to Governor Asa Hutchinson, First Lady Susan Hutchinson, the staff at the Governor’s Mansion, and everyone else who helped make this wonderful event possible.

You can see more photos from the reception here.