Yesterday Students for Life of America released an undercover video in which a 33 year-old man poses as a statutory rapist purchasing Plan B “emergency contraception” over the counter at multiple pharmacies and drugstores for his underage girlfriend. His “girlfriend,” portrayed by a 15 year-old girl, appears with him in some of the videos.

At some stores, the man asks if the drug will “dissolve in a drink” so he can give it to his girlfriend without her knowledge. Another video shows the girl complaining she does not want to take the drug; the man replies that he will make her take it; all of this occurs in front of store employees, who do nothing.

In a final video, the man goes so far as to explain that he is 33 and his girlfriend for whom he is buying the drug is 15; store employees, again, do nothing.

Many wrote earlier this year when the government moved Plan B from behind the pharmacist’s counter and authorized sales to underage girls that doing so would inadvertently make it that much easier for child predators and human traffickers to cover up their crimes. Moreover, Plan B’s effects have not been thoroughly studied among minors.

The man and girl in this video may be actors, but one has to wonder how many times this scenario has played out in real life all over America. You can watch the video below.

END_OF_DOCUMENT_TOKEN_TO_BE_REPLACED 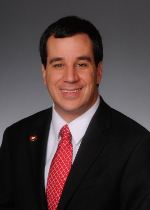 The bill addresses human trafficking and illegal slavery. The bill improves and expands some of Arkansas’ existing laws, and creates a state task force to prevent human trafficking. It also provides additional protection for the victims of human trafficking, and allows them to seek damages through civil action.

If passed, this bill will do a lot of good protecting Arkansans and combating human trafficking.

You can read the full text of the bill here.