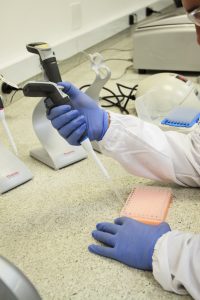 Last week the journal Pediatrics published an article about a three-year-old girl born prematurely at just 21 weeks’ and 4 days’ after conception. The girl weighed about 14.5 ounces at birth, and had to be resuscitated by medical personnel.

Today she is a healthy preschooler.

Doctors hope this points to a better future for babies born prematurely.

This story underscores a problem with the U.S. Supreme Court’s so-called “viability rule” for abortion.

According to the courts, “viability” is the point at which a baby can survive outside the womb.

Medical technology continues to push the point of “viability” earlier and earlier in pregnancy. Supreme Court Justice Sandra Day O’Connor acknowledged this fact 34 years ago when she wrote, “As medical science becomes better able to provide for the separate existence of the fetus [from the mother], the point of viability is moved further back toward conception.”

This latest article in Pediatrics highlights that fact.

Video: Arkansas Intervenes Against Effort to Expand Abortion During COVID