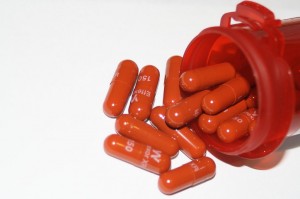 Data from the federal government indicates significant medication errors are discovered on average in one of every five of the state’s nursing homes — with other errors possibly going undiscovered.

The article focused on Ms. Linda Cooper, who died suddenly in a Conway nursing home after a nurse mistakenly gave her another resident’s high-dose narcotics.

The Cooper family subsequently sued the facility and settled out of court. The newspaper writes,

The Cooper family’s lawsuit is the type that would be hampered by the passage of a constitutional amendment on tort reform that’s set to go before Arkansas voters on next year’s November ballot. The measure would cap punitive and noneconomic damages, as well as limit attorney’s contingency fees to one-third of the net amount awarded their client.

Tort reform has long been championed by the nursing home industry, and its staunchest opposition has come from plaintiffs’ attorneys.

A similar measure was to appear on the 2016 ballot until the Arkansas Supreme Court ruled that the ballot title contained unclear terms.

In support of that measure, Reliance Health Care in 2016 gave $173,140 to Health Care Access for Arkansans, a ballot question committee formed to advocate for the tort reform amendment’s passage.

The Arkansas Health Care Association, which receives monthly dues from nursing homes in the state, contributed $585,677 to the tort reform effort.

The proposed constitutional amendment the newspaper mentions is SJR 8. The Arkansas Legislature decided to refer SJR 8 to voters last spring.

Under current law, a jury hearing a personal-injury lawsuit reviews evidence, examines the facts, and awards damages to the injured party based on what they determine is appropriate. Some people believe juries award victims too much money, so SJR 8 restricts how much juries can award.

SJR 8 limits attorney’s fees in personal-injury lawsuits and lets the Arkansas Legislature cap noneconomic damages at half a million dollars for an injury or death. Under current law, there are no limits; juries award damages on a case-by-case basis.

SJR 8 also lets lawmakers make rules about evidence that can be used in personal-injury lawsuits.

We have written in the past about the unintended consequences of measures like SJR 8.

Some nursing home owners simply don’t want to spend the money necessary to provide quality care. They cut staff, reduce services, compromise care, and let people suffer. Most families have a story about a loved one who was neglected or mistreated in a nursing home. The fear of a lawsuit may be all that keeps some nursing homes in line. SJR 8 removes that threat. If that goes away, our elderly nursing home residents will suffer even more.