Abortion in Arkansas is following a downward trend, based on numbers obtained from the Arkansas Department of Health’s office of Vital Records/Statistics. What’s more, 2012 was the lowest year for abortions in Arkansas since 1977.

Looking at those numbers specifically, a downward trend in abortion is visible.

Besides showing that abortion is on the decline in Arkansas, the Department of Health’s numbers tell us:

Most importantly: These numbers would seem to confirm the tide of public opinion has shifted on abortion. Abortion in Arkansas is on the decline. It isn’t a thing of the past yet, but it is slowly heading that direction.

Below is a table showing the abortion figures for Arkansas from 1973 to 2012. 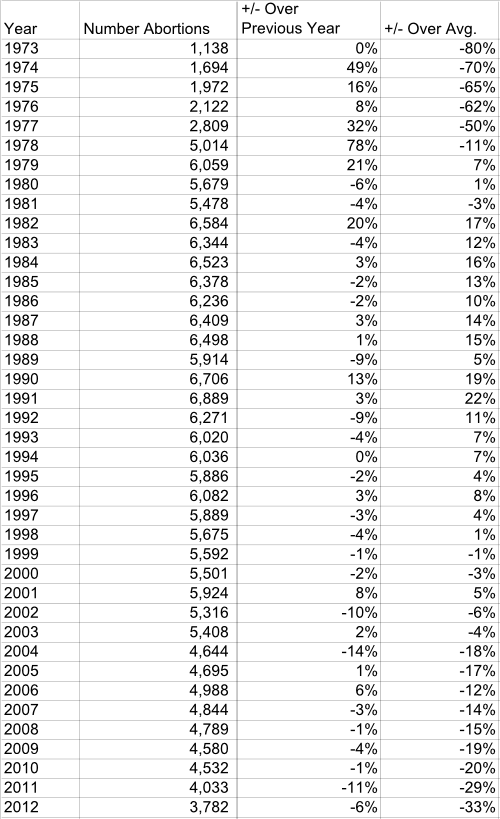 40 Days for Life Begins in 6 Weeks! Organize an Event in Your Town.

40 Days for Life Kicking Off this Week