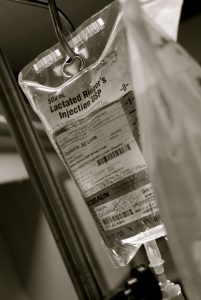 Canada’s largest children’s hospital is drafting a policy regarding euthanasia that some say could eventually let children decide for themselves whether to be euthanized, according to various sources.

Currently, Canada allows physician-assisted suicide and euthanasia for adult patients. A working group from the hospital published an article in the Oxford-based Journal of Medical Ethics detailing how children in Canada could be euthanized if the country’s laws are amended to allow euthanasia of minors.

Needless to say, the fact that a leading children’s hospital is weighing whether or not doctors should be allowed to kill children is causing controversy.

One would think that — at a bare minimum — such homicides should require parental permission. But no. If the child is considered mature enough to make decisions, parents can be kept out of  the death discussions. Indeed, the authors envision scenarios in which parents aren’t even notified by doctors that they are going to kill their child! . . .

Can you imagine visiting your sick child, only to learn that hospital doctors killed her because she asked to die and wanted you kept in the dark? The rage and agony would be unimaginable.

Sadly, euthanizing children is not a new phenomenon.

Like Belgium, Canada has seemed obsessed with euthanasia since its legalization in 2016 — even going so far as to consider paying doctors a premium to prescribe lethal drugs.

Princeton bioethicist Peter Singer infamously argued a few years ago in favor of “post birth” abortion — killing children after birth in certain circumstances. Unfortunately, Canada and other countries seem to be turning those sorts of radical ideas into a reality.

And the United States is not immune. Bills legalizing assisted suicide and euthanasia have been filed in about half of all state legislatures in the past five years, and physician-assisted suicide now claims one life per day in California on average.

I’ll keep saying it: Being pro-life means believing human life is sacred from conception until natural death, and it means opposing the taking of human life without just cause. Just like abortion, euthanasia and assisted-suicide are murder, and they violate the sanctity of human life.