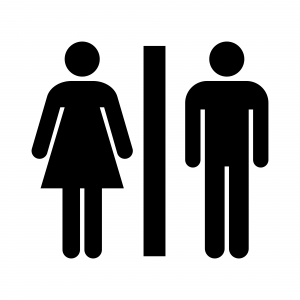 Last week the New York Times triggered outrage and hysteria on the part of LGBT activists by publishing a column claiming a Trump Administration memo “would essentially eradicate federal recognition” of transgender people.

To put it plainly, the New York Times got this one wrong.

The administration simply is looking to undo some of the extreme policies that the Obama Administration implemented during President Obama’s second term in office.

According to the Times, the new federal Department of Health and Human services memo instructs government agencies to define “sex” as “a person’s status as male or female based on immutable biological traits identifiable by or before birth.” That’s a major shift from the Obama Administration’s decision to define “sex” as a person’s self-identified gender identity.

You may recall in May of 2016 the Obama Administration issued “guidelines” instructing schools that receive federal tax dollars — in other words, virtually every public school and most colleges and universities — to let male students who claim to be female use the women’s locker rooms, showers, restrooms, and similar facilities on campus, and vice versa.

The administration also told colleges that men had to be housed in women’s dormitories if they claim to be female, and vice versa.

The Obama Administration did all of this unilaterally, without going through Congress or following the proper channels for changing federal rules and regulations.

Needless to say a lot of people pushed back against the Obama Administration’s radical “guidelines.” Arkansas and several other states actually sued the administration.

Since 2017 the Trump Administration gradually has rolled back many of these policies. This latest memo is simply another step in that process.

As John Stonestreet writes at Breakpoint,

When Congress passed Title IX in 1972, it never anticipated that the word “sex” would be applied to include “gender preference.” But after numerous failed attempts to align federal anti-discrimination laws like Title IX with the new sexual orthodoxy, the Obama administration decided to amend the law via a memo.

Of course, that’s not how the constitutional system is supposed to work. Redefining “sex” for the purpose of federal law is the job of Congress, not the Executive Branch.

All that’s being proposed here . . . is a reversal of extra-constitutional lawlessness.

Besides being lawless, the Obama Administration’s irresponsible policies threatened people’s safety and privacy.  Giving men an excuse to loiter in or around women’s restrooms, showers, and changing areas is a bad idea.

Earlier this month we learned the federal government has opened an investigation into whether or not a kindergartner in Georgia was sexually assaulted because of the Obama Administration’s transgender policies. Last year men in New Jersey and Idaho were arrested for allegedly filming women in fitting rooms at Target stores.

In light of all of this, changing the Obama Administration’s radical policies on gender identity sounds like a good idea to me.

Video: The Problem With Transgender Ideology