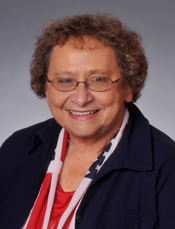 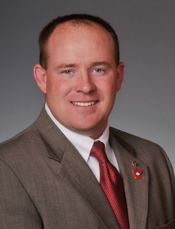 This past Tuesday, Representative David Meeks presented a bill to the Arkansas House of Representatives’ Public Health Committee in Little Rock.  The bill, HB 1053, would have prevented Arkansans from being penalized for failing to purchase government-approved health insurance under the recently-passed federal healthcare law.

Sadly, the bill was voted down, 12 to 7.  However, an interesting thing happened: Two Democrats voted for the bill, Sheilla Lampkin and Jeff Wardlaw.

Now, I don’t usually put a lot of stock in party lines at the Capitol. In the last two decades, I’ve worked with some very good folks from both parties.  When you get down to it, what a lawmaker believes and does is much more important to me than whether he or she has a D or an R by their name.  But let’s not kid ourselves either: Government-run healthcare is an issue that, for the most part, deeply divides party lines.

On Tuesday, 12 out of the 15 Democrats on the Health Committee voted against Rep. Meeks’ bill. Twelve!  Nationally, as much as 60% of America wants to see the federal healthcare law repealed or seriously revised.  Do you think the numbers are all that different back in the home districts of these 12 lawmakers? I doubt it.

Meeks’ bill would not have repealed or invalidated the federal healthcare law. It was just a sensible piece of legislation that said, We’re not going to hit you with a fine if you don’t buy government-approved health insurance. But it still got voted down because a dozen lawmakers decided to side with their party affiliates in Washington instead of their constituents back home.

However, as I said earlier, two Democrats voted with the People of Arkansas: Representative Sheilla Lampkin of Monticello and Representative Jeff Wardlaw of Warren.

Both of these representatives did the right thing by standing with the people who sent them to Little Rock instead of the power-brokers in Little Rock—and both will probably take heat from some members of their own party for it, if they haven’t already.

When it comes to government-run healthcare, in my book Sheilla Lampkin and Jeff Wardlaw are right up there with Congressman Mike Ross on the short list of lawmakers with the backbone to stand up for the folks back home.

Urgent! House Health Committee Needs to Hear from You!